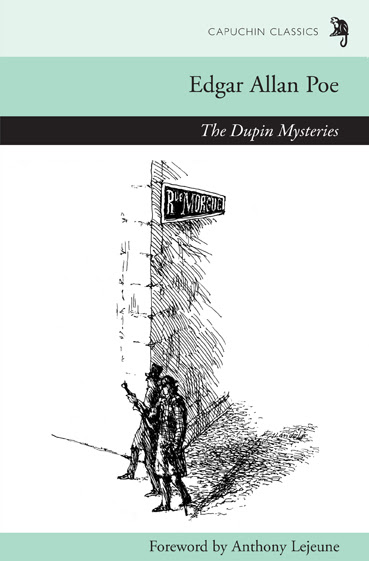 Edgar Allan Poe's C. Auguste Dupin stories are said to be the first mysteries, establishing the basic tenants of the genre. So I thought I should read them.

The Murders in the Rue Morgue starts off the trilogy. Since this story "established a genre," I was expecting a lot out of it. It was... okay. A little odd, really. It starts off with a treatise about logic and chess, then introduces Dupin, who is seen through the eyes of the narrator. The narrator is a normal guy (I assume he's American) who moved to Paris and needed to find an apartment. He met Dupin by chance, moved in with him, and the two became fast friends. Sound familiar--like the set-up to, say, A Study in Scarlet? There are even more similarities between Dupin and Sherlock Holmes.

The murder mystery itself deals with two women--one old, one young--who were found brutally murdered in their apartment. What makes the mystery twisty enough to call in Dupin is that several witnesses heard other voices in the room with the two women, even though no one saw anyone leaving their apartment and the door was still locked on the inside. One voice was variously described as having nearly every accent in Europe, so where could the murderer possibly be from?

Dupin is VERY Sherlockholmes-esque (or perhaps we should say Sherlock Holmes is very Dupin-esque). He can extrapolate specific conclusions about people based on the smallest piece of evidence, like a ribbon. Unlike Holmes, however, Dupin isn't a know-it-all. He never claims to have facts--he makes it very clear he's guessing, and his guesses just happen to be correct most of the time. He doesn't take money for his investigations and instead seems to be doing what he's doing for the pure reasons of exercising his intellect in the pursuit of clearing an innocent man's name.

Although The Murders in the Rue Morgue wasn't the greatest, I do have to say I did not see the solution to the mystery coming AT ALL. And monkeys are way scary. 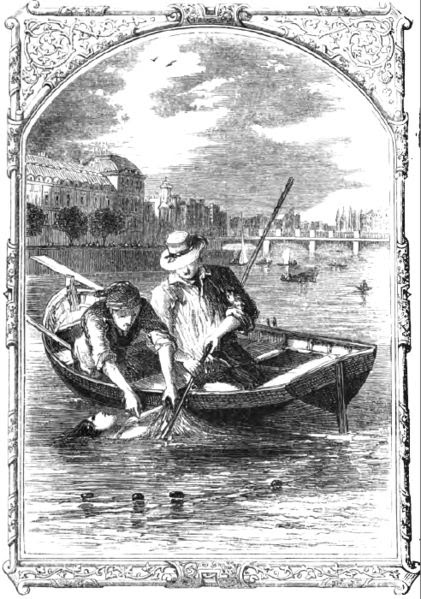 The Mystery of Marie Rogêt is longer than The Murders in the Rue Morgue, and much worser. At first I thought it was going to be awesome, because there was more of a set-up regarding the victim of the crime--a perfumer clerk who (naturally) is female. After disappearing unexpectedly for about a month, she returns to her job claiming she'd been to visit a sick aunt. A few weeks later, she disappears again, and later her body is found in Seine.

The mystery itself is based on the real-life murder case of Mary Cecelia Rogers, which remains one of the most puzzling unsolved crimes in New York City history. THAT mystery is really interesting; The Mystery of Marie Rogêt--or at least the solving of it--is not. Basically Dupin reads the newspaper accounts aloud, debunks whatever they say, then theorizes what might have happened based on what they say, without ever finding the murderer. It's like a novelist imagining what might have happened to a murder victim, which I suppose is what was actually happening here. But the characters themselves never DO anything; they don't even move from the table. IT IS SO BORING. I honestly didn't think Poe was even capable of writing something this boring. I think it's safe to say that unless you're a hard-core EAPic, you can skip this one. 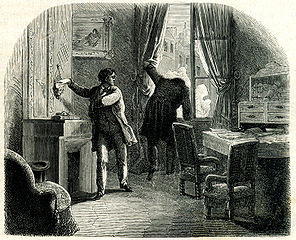 The Purloined Letter is the last story in the trilogy, the shortest, and the best. As in the last two stories there's a lot of dialog, but the dialog is more clever, as is the twist at the end.

Dupin and the narrator are hanging out in their apartment one night, when Dupin is visited by the Prefect of Police, a man he obviously thinks is an idiot. The narrator describes the Prefect as having, "a fashion of calling every thing 'odd' that was beyond his comprehension, and thus lived amid an absolute legion of 'oddities.'" Oh snap! The Prefect is in search of a letter stolen by a Minister D. that contains compromising information. Try as he might, though, he and his police can't find it anywhere in the minister's rooms.

This mystery is notably different from the last two in several respects: for one, there's no beautiful dead woman. For another, Dupin actually accepts payment for solving the mystery, whereas in the last two mysteries he was simply exercising his intellect. I suppose that makes sense, since finding the letter didn't seem to pose much of a challenge for him. And lastly, Dupin deliberately matches wits with Minister D., whom some have suggested is actually his brother (kind of like Holmes and Mycroft?). I have have to admit that, listening to this on audio, it's easy to confuse D. with Dupin sometimes, because they do share similar personality traits.


For the most part, I really enjoyed Poe's Dupin mysteries (except for The Mystery of Marie Rogêt, that was horrible). Dupin's not a terribly fleshed-out character, and the mysteries are very intellectual and too theoretical sometimes, but overall this was a really fun, short read. I'm happy to finally be familiar with the start of the mystery novel!


Download Poe's short story collections at Project Gutenberg|Librivox
Posted by Heidenkind at 12:00 AM