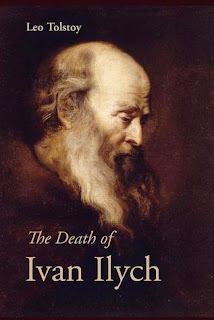 I dug this title up as it was mentioned in my recent read of Atul Gawande’s On Mortality book, and I’m all about following down the rabbit holes of different books and topics sometimes. Although somewhat intimidated by Russian authors (although not sure why), I picked this up with trepidation and then relaxed. It was going to be a good read.
Gawande’s reference to this Tolstoy novella meant that I knew that the plot was about a man dying, but the actual details were vague for me (which I was happy about). I opened the book one morning and then finished it that evening and it was a great read. The plot itself is pretty simple: a man works hard in his career, get married with kids, falls off a ladder and gets slightly hurt, and then ends up dead. (And I’m not giving the game away here. This is what the story is famous for, after all.) However, it’s a lot more than that as Tolstoy (via his lead Ivan Ilyich Golovin) ruminates on the process of dying and how it may affect one’s thinking.
Ivan Ilyich feels that he has done all the “right” things in his life: he has worked hard on his career rising in the legal ranks of the municipal court, he has married well, and has a good family. So why is he so uncomfortable dying in this way? And that’s what most of this work is about – how the dying process evolves for both this particular participant and the family around him/her. It’s really quite fascinating especially after that recent read of Gawande’s book (which also focuses on death and dying). Sounds desperately morbid (doesn’t it?) but it’s not. This dying thing happens to everyone, and as with almost anything else, the more you know the better. (At least that is how I’m approaching things).
Using the POV of Ivan Ilyich himself, the story follows his thinking process as his life winds down. His pain in the side (originally triggered by an accidental fall at home) worsens, and as it progressively gets more and more painful, he visits a few doctors trying to get his diagnosis. However, the doctors are unable to agree and give him a final diagnosis (let alone a cure) and so Ivan struggles on, unable to talk about his concerns about dying with no one, not even the medical professionals let alone with his family.
And I find this to be so relevant with attitudes towards death today. In my experience, I've noticed that when one has a difficult illness, people usually don’t mind acknowledging it at first when everything is mostly normal, but as time progresses and one’s prognosis worsens, many people would prefer to talk around it than actually address it face on (a la elephant in the living room). This is how Ivan Ilyich’s family and friends handled the situation, and so the reader learns about the frustrations, struggles and the sheer loneliness of the person who’s doing the dying. I really don’t think that this is an untrue situation for a lot of people, but I wish it wasn’t that way.
Gawande mentioned that this novella was taught in med school in a class about death and dying, but I’m not sure how common that is across the nation. (Anyone know?) However, common or not, I think this is an excellent novella about a very common natural human process which is frequently denied or skirted around as people are uncomfortable with it (for whatever reason).
A provocative read about a pretty ordinary guy who is going through a totally natural process. Although the subject may be dark, this is extremely well written, not maudlin at all, and is a good demonstration of something that happens but most people would prefer not to talk about. It was an excellent read when paired with reading the Gawande book. Recommended.
Download The Death of Ivan Ilyich by Leo Tolstoy at Project Gutenberg Consortia Center|Librivox|
Posted by lemonhead1 at 7:30 AM 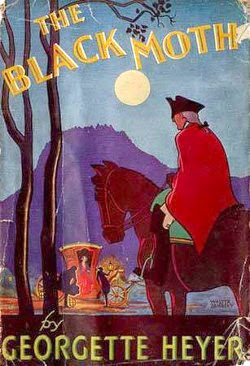