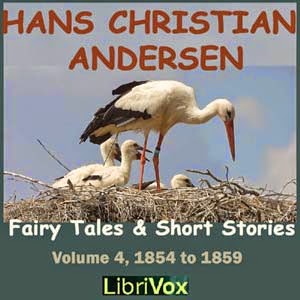 I have always enjoyed fairy tales and folk tales, and Andersen is arguably the quintessential fairy tale writer.  I had not heard any of the tales on this volume I found on Librivox, so I downloaded it immediately.  From stories about maidens to stories about visits to interesting old men in towers, the stories are mostly delightful.

My favorite stories on this volume were A Leaf from Heaven, Jack the Dullard: A Story Told Anew, and Ole the Tower-Keeper (of which I imagined the GoT wall- ha.)  During each of these I found myself stopping whatever it was I was doing - whether cleaning or drawing - and I became very immersed in the story.

It helps all of my favorite stories also had good narrators.  There were over a dozen different narrators on this volume.  They ranged from really amazing (Jennifer Dorr nailed the sarcasm in Jack the Dullard) to the completely incomprehensible (the narrator's accent on the story, The Money Box, was so thick I wasn't entirely sure at times it was all in English).

So that is the downside of multiple narrators, but the upside is that I got to experience so many to learn whom I liked.  I went and looked up some of the better narrators, like Jennifer Dorr, Zachery Brewster-Geist, and Erin Lottes to see what else they had recorded for Librivox, while I also learned which narrators to avoid.  It is a good way to try out a lot of narrators in one go.


Overall, the collection was great and I recommend listening to it if you enjoy Hans Christian Andersen's stories. 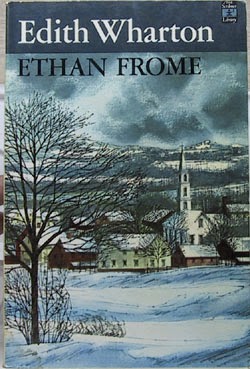 Review by : Liz Inskip-Paulk who writes the book blog Just One More Page.

“Oh, as to that, I guess it’s always Ethan done the caring."


This re-read of Ethan Frome was, to be honest, a perfect read – one of those titles that you pick up and everything about the story blows you away. As mentioned, this was a re-read, and this was a   completely different experience than before. I even immediately started to read it again after I had finished the first time as I wanted to see all the foreshadowing that I’d missed the first time around.  (I would compare it to the re-read experience of The Great Gatsby in terms of how different this time around was.)


Checking on-line, it seems that Ethan Frome can be rather polarizing for reviews, the majority of whom (depending on the site you visit) tending to be pretty negative about it which is a big shame. I do think that age (and life experience) can play a determining role in how you perceive this story, and I would argue that this book is one to read when you’re slightly older (as opposed to high school or junior high school).


I happen to love the writing of Wharton as she is an expert at describing people and locations and at how she pulls phrases together. As I think a lot of people have already read Ethan Frome, I’m going to jump straight into some thoughts that I put together during my own read.


Quite early in the story, Wharton describes the farm house where Ethan has spent his life and she mentions that the “L” part of the house (joining the stable etc. with the main house) had been demolished earlier. The “L” part is called the “center of New England farm life”, “itself the chief sources the sources of warmth and nourishment” and the “actual hearth-stone of the New England farm”, and yet in recent years, Ethan had knocked this integral piece of farming life down. Why, if it was so important to people in that region? Wharton doesn’t actually specify why (or at least I didn’t spot it), which led me to speculating why it was mentioned. 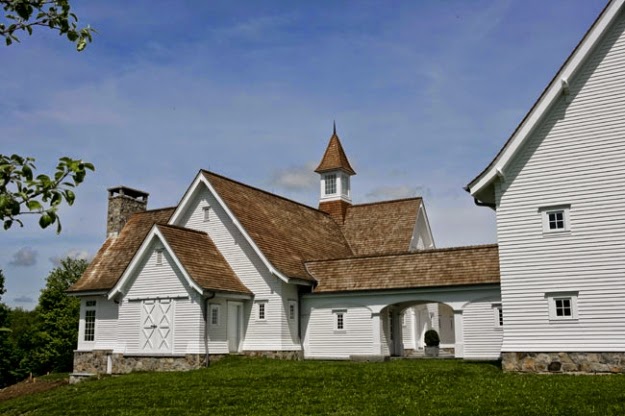 The “L” part of the house is linked with warmth and safety. Perhaps after his mother died, the demolishing reflects how his feeling of safety was eroded once he was alone in his family. The missing “L” not only represented a missing link between his house and his stables (protection for the inhabitants during the harsh winters as they went from hearth to work), but also is an image of the hole in his life (perhaps his heart?) after his mother dies. His old comfortable way of life has ended, and this space represents the gap he feels between his old life and his new, his home and the outside, which suddenly seems unstable and fraught with difficulty now that his mother (his anchor) has gone. (I don’t know – just making this bit up but seems to fit.)
Another reason why it’s referred to as an “L” (aside from its architectural significance) could be that the “L” also refers to “Love” – a comfortable and safe feeling that is forever gone now his parent has died.
There are numerous references and imagery associated with the dichotomy of interior/exterior, inside/outside, insider/outsider relationship. Ethan’s sticky relationship with Zeena: he spends time working (and feeling most comfortable) outside the house in the fields, whilst she (Zeena) spends her time indoors being “sick” and waiting for him to return to pounce on him with demands and questions. 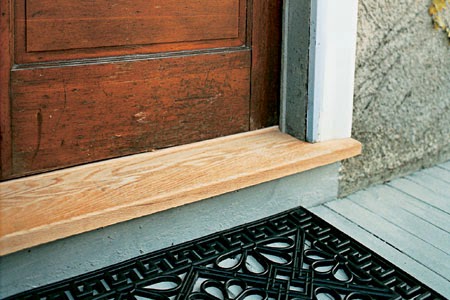 The threshold (i.e. the crossover point between inside/outside) plays a large role as several sentinel events occur over it: the time that Zeena locks Ethan and Maddie outside when they return late from the church dance, for example, and how both Ethan and Maddie can only be authentic with each other when they are outside the confines of the home, out in the fields or walking along lanes. (There’s also this idea of domesticity vs. agriculture/nature and the natural order of things.) This imagery continues when Zeena leaves to visit the out-of-town doctor (so she leaves interior to exterior) which allows Ethan and Maddie to enter the formally hostile interior of the house as it’s now safe.
The threshold (interior/exterior) also plays a role when Ethan and Maddie return from a snowy walk, and enter the house where Zeena is (as always) grumpy. It’s a drafty old house, with the cold continually coming in through the ill-fitting windows and doors (sneaking inside, in a way) and when the couple cross the threshold (to interior) after their walk (exterior), Ethan accidentally brings in some snow that rapidly melts in the dining room and gets scolded by Zeena for making a mess.  It could be argued that nature/exterior (the snow) is overcome by domesticity/interior (heat in the house) in this situation. (Another case of the interplay between interior and exterior, and the reversal of what is usually a haven (inside the house) vs. outside.)
And this balance continues when you consider that most of Ethan’s thoughts are reported (his interior mind) as he keeps the harsh exterior of Zeena in the dark about his real attitude to her and to the marriage.
Another clever image using this dual imagery, this relationship of freedom vs. confinement (interior/exterior) is when Wharton describes the evening when Ethan turns up to escort Maddie home after a church dance. Again, it’s outside (Ethan watching through the windows) whilst Maddie is inside in the warm, and even the church window shadows are described as “bars” on the snow (referring to prison bars) that provide a barrier between Ethan and happiness, between him being included vs him excluded, as an insider vs. outsider…
So, lots to think about here, and I’m so glad that I reread this gem of a novel (or novella). Highly recommended that you undertake another read if you were forced to study this in school.