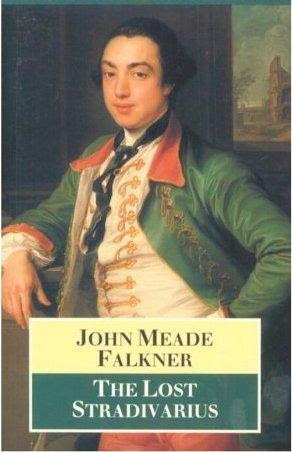 Proposed alternate title: The Devil Went Down to Oxford

John Maltravers is a respectable student at Oxford, until one day he and his V E R Y close friend, Mr. Gaskell, decide to play a Gagliarda, whatever that is. The melody calls up the ghost of a man who is mad, bad, and dangerous to know, and who just happened to have occupied John's rooms a century ago. When the ghost passes on his Stradivarius violin, John sells his soul to the devil to become the greatest fiddle player in all the land, and is soon ignoring his fiancee, familial responsibilities, growing out his hair, acting like a dick rock star, traipsing off to Naples at the drop of a hat, smoking the pot, and spending way too much quality time with nubile Italian boys.

The only reason I downloaded The Lost Stradivarius from Librivox was because a good portion of it is narrated by my man Ralph Snelson, whom I am stalking (only on Librivox, though, don't worry). As always, he does an excellent job. There was one chapter where I started crying because he conveyed the emotions of the narrator so well.

The story itself is narrated, not by Maltravers, but by his sister Sophia, in a letter to his son. Overall I thought John Meade Falkner did a really good job both in choosing Sophia as the narrator and fleshing out her character believably (even though I did have to wonder how she knew so many details about what went on in her brother's life when he was away from home). We need her to be the narrator because Maltravers becomes increasingly unsympathetic as the book goes on, and the story she tells is a thinly veiled metaphor about how she lost her brother to addiction. That's why I don't think of this as a "ghost story"--the ghost in question really has only a minimal amount to do with the central narrative. When Maltravers moves to Italy, the book takes on an unexpectedly Gothic flavor, with abandoned castles, skeletons, and murders mysterious. 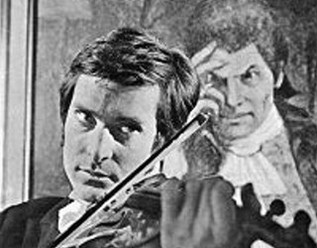 SO WHAT, I'm still a rock star, I got my rock moves, and I don't neeeed youuuuu!

I was actually thinking The Lost Stradivarius was pretty good until the final chapter, which is an addendum by Mr. Gaskell, the "very intimate" university friend of Maltravers. There was some ethnocentrism, and paranoia about the undue influence of pagan (read: classical, read: homosexual) Italian culture on Our Susceptible Young People earlier in the book; but in Gaskell's note it was so over-the-top that I was literally LOLing. Falkner also added a bunch of extraneous plot elements in the final chapter, I have no idea why. Am I supposed to care about the ghost's murder and missing pages from his diary? BECAUSE I DON'T.

Still, even though I found the last chapter ridiculous and annoying, it's very zeitgeist-y in that it reflects the Symbolists' concern with art and beauty and overindulgence. I just wish it had been more subtle and not so much with the xenophobia.

The Lost Stradivarius is an interesting mixture of ghost story, Symbolist writing, and Gothic novel, and for the most part it works. I think it would be a great read around Halloween or for the RIP Challenge.


Find The Lost Stradivarius by John Meade Falkner on Project Gutenberg|Librivox|Gaslight
Posted by Heidenkind at 12:00 AM