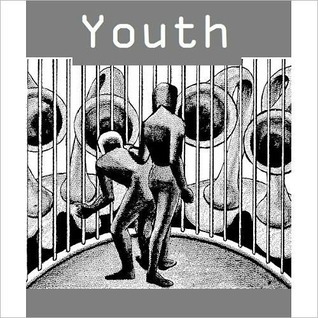 
Review by : Patty @ A tale of three cities

When the world quietens down after a long and intense day, I want a book that is nothing too elaborate or big - just simple, good writing and a reasonable length to help me relax.

Such a read is Youth, by Isaak Asimov.  Written in the 1950s, it is of the futuristic genre but with no fanfare.  It rather reminded me of the Twilight Zone programme that I so enjoyed in my own youth...

The plot is fairly straightforward:  life in a distant future, where our present and recent past is considered as the "beforethewars" era (I really enjoyed that word, nothing fancy but leaving so much to the imagination...).  The main characters involve two scientists, who try to take up contact with aliens in a foreign planet, with the view to take up trade relations. Already I'm amazed at the little bits of wisdom that I read in between this simple story:


... was it reasonable to destroy almost all their tremendous civilization in atomic warfare over causes our historians can no longer accurately determine?


With them, we get to see their respective sons, longing for a future of their own, preferably in a circus.  They in turn discover some uncommon-looking creatures they think could be their ticket into this wonderful life - so they keep them in a cage and try to take good care of them.

The book is short and more than enough for a 2-hour travel in Brussels.  I really enjoyed the language used, but also some of the messages used.  While waiting for a signal from the aliens, the two scientists start debating about whether the aliens could in fact be hostile.  The pessimist of the two explains why he sees things this way:


The world has been at peace too long.  We are losing a healthy sense of suspicion


Download Youth by Isaak Asimov at Project Gutenberg|Librivox|
Posted by Patty at 12:20 AM

Patty
I'm an expat living in Brussels, calling home both a vivacious Mediterranean capital as well as a picturesque city in the heart of Europe (and Brussels, of course!).
Newer Post Older Post Home