Review: THE LOST DUCHESS by Anonymous 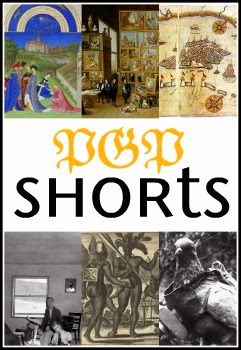 Original Publication Date: 1909 (in The Lock and Key Library, ed. by Julian Hawthorne)

The Duke of Datchet is stressing out over a visit from the Prince of Wales when he receives very strange news: his duchess has disappeared! The duke is more irritated than anything, until he's presented with a note in his wife's handwriting along with a lock of her hair. It turns out the duchess has been kidnapped! The kidnappers demand 500 pounds in gold before 5:30 PM, or they'll send the duke the duchess' little finger. And if that doesn't work, "Other portions of her grace will follow."

I was expecting The Lost Duchess to be rather dire and serious, but it was the complete opposite of that—it was a delightful comedy starring a blustery, confused duke, a dimwitted duchess, and a clever dandy who happens to be the duke's cousin. Everything plays out like a caper movie (I adore caper movies), but more light-hearted and satirical than, say, The Sting.

The narrator of The Lost Duchess, Angleet on Librivox, did a fantastic job with all the British accents, giving each character his or her own voice, and playing up the farcical aspects of the story.

I would love to find out more about this story and the person who wrote it, because it was ridiculously clever and fun. I'm really curious about when The Lost Duchess was originally written, because in my head I kept picturing the characters in 18th-century garb. But on the other hand, it reads very modern—kidnapping people for ransom and sending severed body parts as proof of life is something I'd associate with the 20th century. I also wonder why the author decided to remain anonymous, since The Lost Duchess is really well-written and funny, and there isn't anything particularly offensive about it. Unfortunately, I wasn't able to discover anything about the story beyond the fact that it was included in The Lock and Key Library story collection.

In any case, if you're in the mood for a fun comedy of errors and caper story, I recommend The Lost Duchess.

Download The Lost Duchess at Project Gutenberg|Librivox
Posted by Heidenkind at 4:00 AM