The Meaning of Poetry

"All of American Literature begins with one book", wrote Ernest Hemingway, " and that book is Huckleberry Finn."  Hemingway had slighted Washington Irving but underlined a truism of great writing: all lasting narratives center on a journey. Siddhartha, My Antonia, Kim, Moby Dick. All voyage deep into the Self, to a new creation.
If this is true, then it is true also that only one individual's work stands sentinel at the journey's end: Virgil's Georgics. There is more: long ago we wished into existence faiths that bode of afterlife; of life followed by blank sleep before waking again. OnlyVirgil- to us a pagan- achieved the miracle.
In his first consciousness, he was always ill, but a poet whose patron was the most powerful man alive and the only genius to preside over the Roman empire, Augustus Caesar. The canny Augustus supported Virgil and gave him the pretense of friendship because the poet's Aeneid was the mythology narrative needed by a  civilization whose gift lay in civil engineering, and who Caesar bid ever on the march. Virgil made their movement epic. And Augustus delighted in the Georgics' tilling of soil, for every legionnaire was promised a plot at the end of service.
Virgil was no fool. At the opening of The Georgics he invokes Augustus as a god:
" Or wilt thou, Caesar, choose the watery reign
to smooth the surges and correct the main?
Then mariners in storms to thee shall pray."

Forgive him. He was not a propagandist. In the Aeneid, the hero and his men are cast on a foreign shore and are terrified ( as the first Roman invaders were terrified of Britain). But then Aeneas discovers stone carvings of great art. He turns to his men and says, "Do not be afraid; these are mortals such as we and mortal things touch their hearts." Caesar's eyes lighted on these unRoman words, content. Virgil had created a literature for a nation that "made a desert and called it peace."
We bid good rest to the poet who, struck with fever traveling, died at the home port of Brindisi and would sleep through the long dark that followed Rome's collapse. So dreamless was he that when he waked in the Renaissance, Latin had fled. But always, he was fortunate: The English language, rich in vocabulary and inexhaustible, was spaded around the Georgics by John Dryden and burst to life:
" What makes a plenteous harvest, when to turn
the fruitful soil, and when to sow the corn;
the care of sheep, of oxen and of kine;
and how to raise on elms the teeming vine;
the birth and genius of the frugal bee,
I sing, Maecenas, and I sing to thee."

All of it, all he adores and calls:

" The milky herds that graze the  flowery plains;
... from fields and mountains to my song repair."

The Virgil of this tongue, is it he? Is it, as Tennyson called him, "Roman Virgil"? It is Virgil, as the King James Bible is the Hebrew Torah: a shaping of a poet's words in a language whose primacy surpasses the antique.
I've written that the Georgics is the masterwork that waits for voyagers come home. But it's in the nature of immortals to set men and women adventuring and Tennyson set off at once as will all journeyers with a pen who have no fear, like Virgil, of the unknown:

Come, my friends,
'Tis not too late to seek a newer world.
Push off, and sitting well in order smite
The sounding furrows; for my purpose holds
To sail beyond the sunset, and the baths
Of all the western stars, until I die.
It may be that the gulfs will wash us down:
It may be we shall touch the Happy Isles
And see the great Achilles, whom we knew.
Though much is taken, much abides; and though
We are not now that strength which in old days
Moved earth and heaven; that which we are, we are;
One equal temper of heroic hearts,
Made weak by time and fate, but strong in will
To strive, to seek, to find, and not to yield.

Charles Bane, Jr.  is the author of The Chapbook (  Curbside Splendor, 2011) and Love Poems ( Aldrich Press, 2014). The Huffington Post described his work as "not only standing on the shoulders of giants, but shrinking them." He is a current nominee as Poet Laureate of Florida, where he lives with his wife and son. 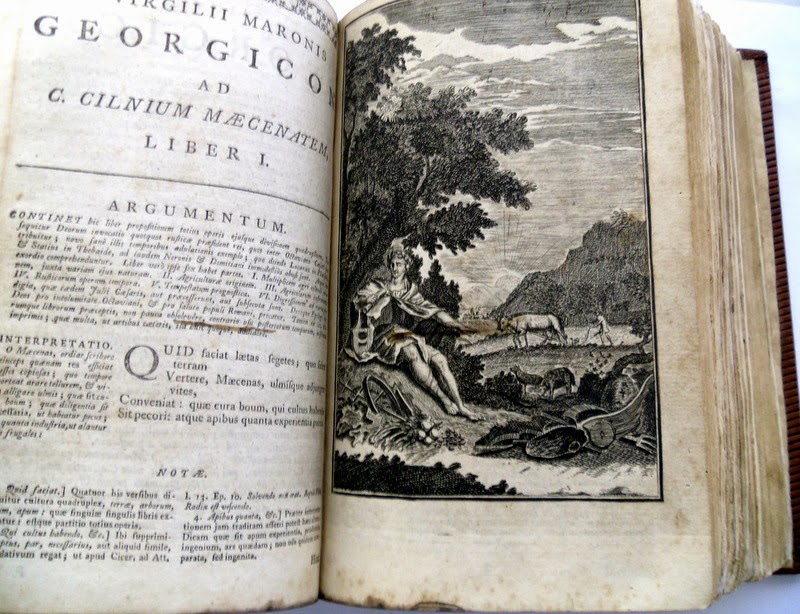