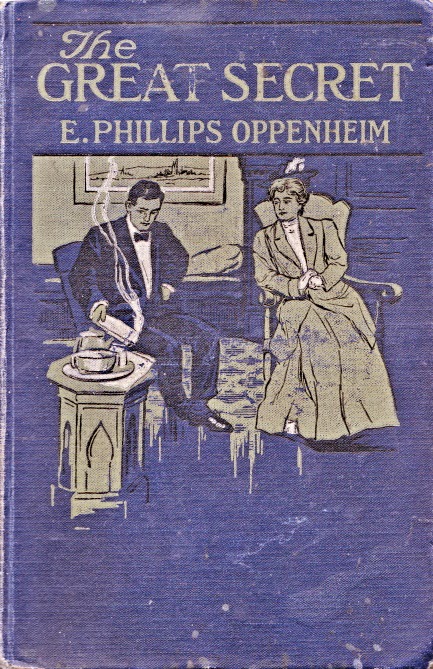 Hardross Courage is a professional cricket player. His name is LITERALLY courage (this would be more amusing if his personality was the opposite of that, but no). When playing a cricket match in London, Courage checks into the worst hotel ever, where he meets a man named Guest. HIS NAME IS LITERALLY GUEST. You following me here? It turns out Guest is dying, and there are a bunch of nasties who want to force him to tell them some sort of secret before he kicks off. When a beautiful American woman with an annoying dog convinces Courage to help Guest by letting him spend his final days at Courage's country estate, Hardross can't say no, even though he has a sneaking suspicion he's about to become embroiled in a very sticky situation.

My favorite part of The Great Secret was about halfway through the book. I really want to talk about it, but since it's pretty far into the novel, it's a little spoilery. So avert your eyes if you don't want to know...

Still there? Okay, so after Guest dies, Hardross decides to go to America to investigate. It just so happens the woman from the hotel, Adèle, is heading back to America on the same boat! And her matchmaking auntie immediately likes Courage because he's related to a bunch of muckity-muck aristocrats and pretty rich. So he's invited into their circle and discovers that one of Adèle's suitors, M. de Valentin, claims he's the rightful King of France and wants all these wealthy Americans to fund his return to the throne. And no one says, "But isn't France a republic now?" Because 'Merica. In return, de Valentin promises to turn all the wealthy Americans into dukes and duchesses and earls and stuff. They're eating this stuff up with their silver-plated spoons and Hardross is all like:

But politely, because he has the hots for Adèle and doesn't want to tell her her friends and relatives are cucking frazy. And somehow it all leads back to an evil German plot, so there ya go!

Speaking of Adèle, she's 100x better than Rosamund, the love interest in The Great Impersonation. She's like something out of an Edward Gorey illustration—very dark and unapproachable and mysterious. I'm a sucker for Edward Gorey, so I immediately liked her. But it was when she told Hardross that she'd never been in love, never wanted to be, and that his blandishments were annoying her that I decided she was awesome. Of course, she changes her mind about Hardross inexplicably just so he can pine after her once he returns to England to save Europe from the Germanic horde; but at least at no point in the story does Hardross describe her as childlike.

I also really liked Hardross, despite his stupid last name. He's not exactly the sharpest, but he is likable and has a heart of gold.

The extremely meandery plot of The Great Secret started to lose me in the last third of the novel, and the ending is really abrupt, but overall this is a pretty damn entertaining thriller novel. My goal now is to read every Oppenheim book with the word "great" in the title. 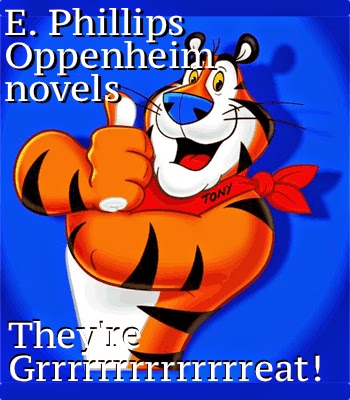 Download The Great Secret by E. Phillips Oppenheim at Project Gutenberg|Librivox
Posted by Heidenkind at 4:00 AM