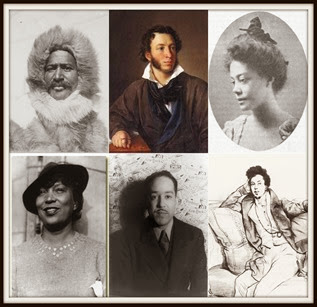 I realize I should have made this list back in February when it was Black History Month. Anyway, no time like the present to celebrate authors of colour in the public domain. I started working on this list before the We Need Diverse Books campaign, so it’s still a timely list. Add a few of these authors to Diversify Your Shelves.

I’ve tried to provide a variety of genres. There are a lot of political writings, lectures, and autobiographies available, but that’s not everyone’s thing. Here I have a list that includes poetry, plays, novels, as well as non-fiction writing. I was also glad to see both men and women represented in the public domain.

This list is heavy on the African-Americans. I tried to find a more diverse collection of writers, but, as much as I appreciate Project Gutenberg, the search function is tricky. I’m not a librarian and my tools are limited. This is by no means a comprehensive list, just a list of books and authors I found interesting and wanted to share.

I hope you find a new to you book or author in this list!

Harriet E Wilson. Harriet E Wilson was born free in the North, but after her father’s death and abandonment by her mother, she was indentured to a rich family. Her novel Our Nig, although semi-autobiographical, is considered one of the first novels written by an African-American of either gender. It’s available for free on Girlebooks.

Frances Harper. Ms Harper was an abolitionist and  suffragette. Her novels are moral tales of temperance and hard work.  Minnie’s Sacrifice sounds interesting. Minnie is mixed race but raised by Northern white adoptive parents. She finds out about her heritage by accident and later moves to the South.

Phillis Wheatley. Phillis was born in Africa, but enslaved and brought to America (later emancipated). She became famous writing poetry during the American Revolution, including one dedicated to George Washington. Although she continued to write poetry, she fell on hard times when her husband was put in debtors’ prison.

Zora Neale Hurston. I absolutely love Their Eyes Were Watching God, but it’s not it the public domain. Ms Hurston’s plays, however, are, including one titled Poker! I’m going to guess that’s it’s about a game of poker. Zora was a Floridian folklorist and member of the Harlem Renaissance.

Alexandre Dumas. The great French writer and my literary crush. He’s best known for novels like The Three Musketeers and The Count of Monte Cristo. His father, Alex, was the child of a Haitian slave and a ne’er do well nobleman. Alex went on to be a hero of the French Revolution and the inspiration for many of Dumas’s heroes. (I highly recommend the new biography, The Black Count by Tom Reiss, all about Alex.) Georges is the story of a mixed race man on a mission. Georges is handsome, brilliant, and brave. He makes the ladies swoon. He returns to the island of birth to get revenge! It is only available in the public domain in the original French. If you can find it, buy it or borrow it, the English translation by Tina A Kover is very good. Or you can read one of his many, many novels.

W.E.B. Du Bois. The Souls of Black Folk is a history of the African-American people from emancipation to the early 20th century. It’s available in text format as well as on LibriVox. I’ve been listening to it recently. It’s academic but interesting. Du Bois was a historian, sociologist, and co-founder of the NAACP.

Charles W Chesnutt.  Mr Chesnutt was a social and political activist. He was of mixed race and could “pass” though he chose not to. Some of his books deal with passing and miscegenation, including the novel The House Behind the Cedars.

Mary Seacole. Mary Seacole was a nurse of the Crimean War, a contemporary of Florence Nightingale. She wrote of her experiences in her autobiography, Wonderful Adventures of Mrs Seacole in Many Lands. Mary was born in Jamaica and had both Scottish and African ancestry. She gained her medical knowledge from her mother and her own experimentation.

Alice Moore-Dunbar Nelson. In her early years, Alice was a teacher who went on to become politically active for both African-American and women’s rights. She wrote a collection of short stories and poems titled, Violets and Other Tales.

Alexander Pushkin. I can’t believe I haven’t read anything by Pushkin yet. Pushkin’s great-grandfather, Abram Petrovich Gannibal, was taken from Africa and given as a “gift” to the Czar. After a military engineering education, Abram would become governor of Reval. Pushkin based his unfinished work Peter the Great’s Negro on his ancestor. Pushkin was both a poet and a novelist. Like so many poets of the time, he had a “live fast, die young” kind of life, dying at 37 from a duel wound. One of his most famous verse novels, Eugene Onegin, is available on Project Gutenberg.

Solomon Northup. Unless you’ve been living under a rock you’ve at least heard of the Oscar winning movie, Twelve Years a Slave. There are a number of X Years a Slave narratives in the public domain. Surprisingly, I couldn’t find this one on Project Gutenberg. You can download it from other sites, including LibriVox. Solomon was born free in the North but cruelly tricked and enslaved for 12 years in the South.

Matthew Alexander Henson. Something quite different! Matthew was hired as Robert Peary’s valet and later became “indispensible” (quote Peary) during the many Arctic expeditions. He wrote about his adventures in A Negro Explorer at the North Pole.

Langston Hughes. An inventor of “jazz poetry” and a member of the Harlem Renaissance. Hughes was also a novelist and playwright (his play written with Zora Neale Hurston can be found on Project Gutenberg). Most of his work isn’t in the public domain yet but some of his poems are available on Poem Hunter.

Paul Laurence Dunbar. Paul Laurence Dunbar was another playwright and poet. He wrote much of his work in a dialect, as well as conventional English. The title of Maya Angelou’s I Know Why the Caged Bird Sings is from his poem Sympathy. He was the first husband of Alice Moore (above).  Dunbar wrote a number of short stories and novels as well, including Sport of the Gods. This novel involves a family’s move from the South to the North. A false accusation ruins the family. Readers on Goodreads refer to it as “melancholy.” Fans of Thomas Hardy might enjoy this.

Posted by Chrisbookarama at 1:30 AM